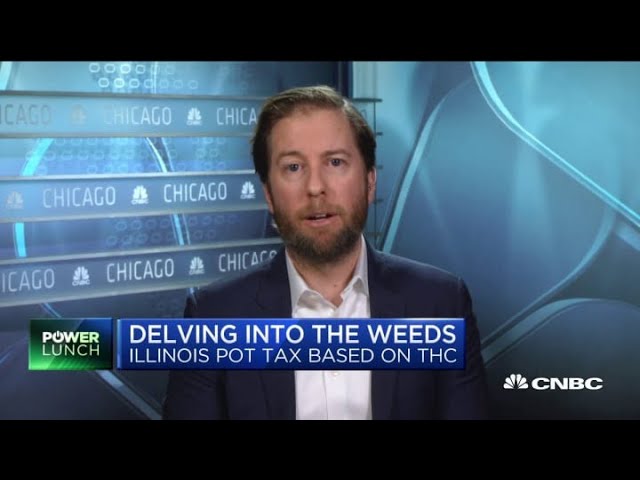 Illinois rings in the new year on Wednesday by joining 10 states and the District of Columbia in allowing the legal sale and purchase of marijuana.

Illinois became the 11th state in the nation to legalize recreational pot use in June after Democratic Gov. J.B. Pritzker signed a bill into law, permitting Illinois residents and visitors to buy the drug from licensed dispensaries, beginning on Jan. 1.

Marijuana enthusiasts and those curious about the drug are expected to flock to the more than three dozen licensed dispensaries in the state, most located in Chicago or Chicago suburbs.

Cresco Labs, a Chicago-based cannabis company, says it has spent weeks training its roughly 530 employees in Illinois on educating new marijuana users in anticipation of a swell of curious shoppers on Wednesday.

The company, with dispensaries peppered across Chicago’s suburbs, has also prepared a full selection of products, including flowers, prerolled joints, vapes, concentrates and edibles. Depending on the product, prices usually fall between $15 and $80, according to the company’s website.

“The level of excitement has far outweighed the launch of an iPhone or new pair of Jordan [shoes],” Cresco Labs spokesman Jason Erkes told CNBC.

Under the new state law, adults over the age of 21 may own 30 grams of cannabis flower, 500 milligrams of THC in pot products and 5 grams of cannabis concentrate. People visiting the state are allowed to purchase 15 grams of the drug but cannot transport it across state lines. The drug can only be smoked in private residences and smoke shops, according to the state law.

For the big day, Cresco Labs rented out a coffee shop near its dispensary in Lakeview, Erkes said, where the company is expecting the highest traffic. Some of the staff will be there Wednesday to take preorders as well as educate interested customers on products and how to consume the drug, he said.

“We anticipate people who haven’t used cannabis in 20 or 30 years and those who never have,” said Erkes, who added the company is estimating “thousands” to line up across four of its stores.

Freedman and Koski, a Colorado consulting firm, expects the marijuana industry could bring in $440 million to $676 million in tax revenue to the state each year. In Chicago alone, tax revenues from recreational marijuana are expected by city representatives to reach $3.5 million in 2020.

The law will also allow for people with low-level marijuana convictions to have their records scrapped, an increasingly common provision in marijuana bills aimed at helping those hit hardest by the war on drugs.

However, not everyone is convinced the state law will remedy the impact drug laws have had in Illinois, particularly for communities of color, or solve any budget woes.

Kevin Sabet, president and CEO of Smart Approaches to Marijuana, an advocacy group that led the opposition to marijuana legalization in the state, said that the projected revenue estimates don’t take into account other possible liabilities, such as car accidents caused by people driving under the influence of marijuana or a possible decline in workplace productivity.

He also argued that the law won’t benefit poor people or small business owners, but mostly “corporations who want to make money.”

Turn to CNBC TV for the latest stock market news and analysis. From market futures to live price updates CNBC is the leader in business news worldwide.